Last month, a few of us from the Superstructures’ office left early to travel to London to attend the IABSE Milne Medal lecture delivered at The Institution of Structural Engineers HQ.

The Milne Medal is awarded to an individual engineer for excellence in structural design, both in the overall concept and in the attention to detail in their work, and is named in recognition of the late Bob Milne, who served for many years as the Honorary Secretary of the IABSE British Group. 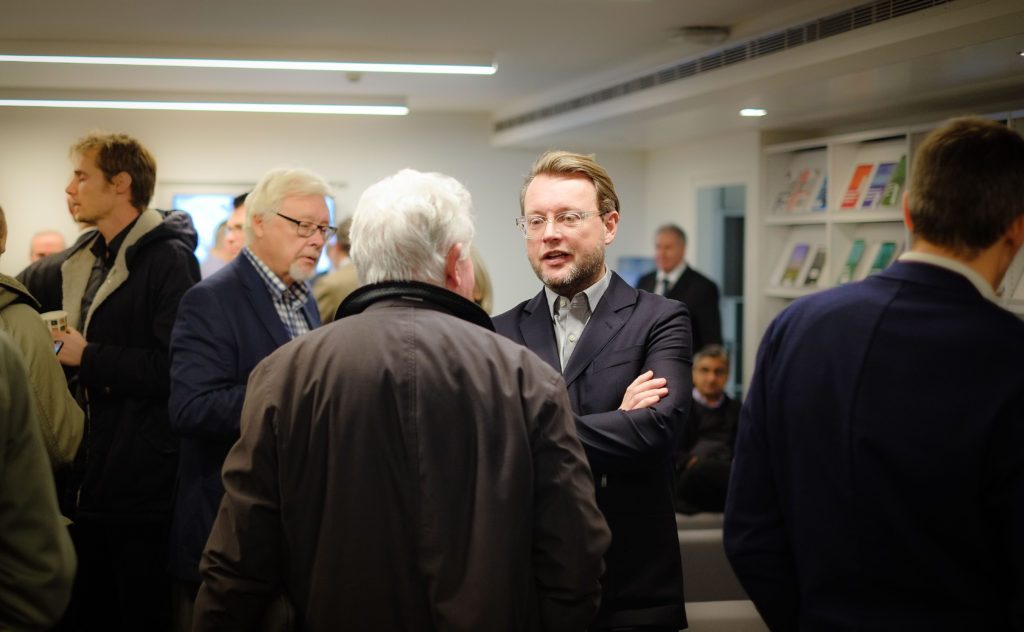 This year’s winner is James O’Callaghan, who is renowned as an authority and innovator in structural glass design. His most recognisable work is arguably the design of the glass structures that encase Apple stores around the world. During his collaboration with Apple, James O’Callaghan met with Steve Jobs, who was heavily involved in the design process.

James’ lecture, titled ‘Engineering Clarity’, proved to be incredibly inspiring and motivational. From pushing the boundaries of structural glass to his obsession with details, James’ passion was infectious. His commitment to innovation resonated with the Superstructures team and acts as an aspiring target for all engineers.

The lecture also provided a fantastic opportunity to test out the famous horizontal cantilevered staircase at the Institution HQ. The lecture was followed by an enjoyable meal at The Modern Pantry, Clerkenwell, with the current Vice-President and 2017 President-Elect, Ian Firth.